Dell has launched the redesigned versions of its XPS 12, XPS 13, and XPS 15 laptops with Intel ‘Skylake‘ SoCs in the market. All the Windows 10 laptops now come with enhanced specifications.

The new Dell XPS 12 2-in-1 (seen above) design has been shifted from a spinning display design to a Microsoft Surface Pro-like 2-in-1 design. The laptop can also be used as a tablet when separated from the bundled hinge-less magnetic keyboard. Since the keyboard comes with a fixed kickstand, users would not be able to adjust the display position. The device features a 12.5-inch display; an 8-megapixel rear camera, a 5-meapixel front-facing camera, 8GB of RAM and comes in two different variants.

While the base $999 (roughly Rs. 65,000) model of Dell XPS 12 features a full-HD resolution display and 128GB of inbuilt storage, the costlier $1,299 (roughly Rs. 84,500) version ships with 4K resolution display, 256GB of inbuilt storage. Both variants would run on the same Intel ‘Skylake’ Core M5 processor clocked at 2.7GHz and weigh 1.2kgs. They also feature the latest USB Type-C port. The company says the model would be shipping by November this year. 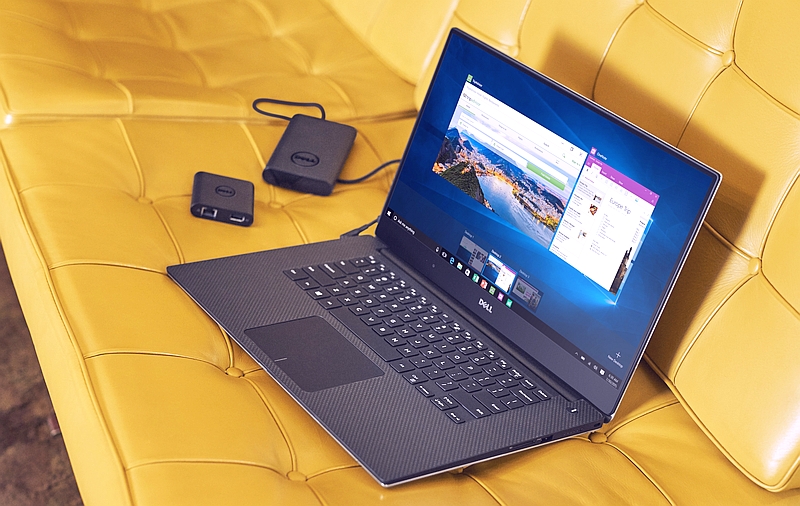 As for the redesigned Dell XPS 15 (seen above), the laptop is said to be a bigger version of the existing Dell XPS 13 model. It features the same carbon fibre weave build and the bezel-less ‘InfinityEdge’ display. Based on the display, the laptop comes in full-HD resolution option or 4K resolution Igzo display option.

The new Dell XPS 13 (seen above) also comes in the latest Intel ‘Skylake’ Core i5 and Core i7 CPU options along with increased 16GB RAM. Another addition is the support for M.2 PCIe SSDs up to 1TB in capacity out of the box. The battery capacity has also been increased from 52WHr to 56WHr. It would launch at the same time as that of XPS 15 and would start with a price tag of $799 (roughly Rs. 52,000).